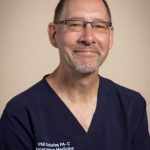 Woodchuck ticks? Squirrel ticks? Brown dog tick? Blacklegged tick? Did you know that 14 different species of ticks have been identified in Vermont?

You can visit the Vermont Department of Health’s website to get a full list of ticks that live in Vermont, but the one you need to know about most is the blacklegged tick. Only five species of Vermont ticks are known to bite humans, and over 99% of all tickborne diseases reported to the Vermont Department of Health are caused by only one tick: the blacklegged tick.

Mosquitoes, fleas, ticks, and other insects can all carry infectious diseases, but the most common ones – anaplasmosis and Lyme Disease — are carried by ticks.

For the past six years, the Vermont Department of Health and the Vermont Agency of Agriculture have collaborated to gather information on which tick species are present in Vermont, their preferred habitats, and what the tick density is by town. Ticks are collected in the spring and in the fall by flagging and/or dragging a white cloth through leaf litter and vegetation. The collected ticks are identified, and blacklegged ticks are tested for pathogens.

The most common insect-borne disease in Vermont is Lyme Disease. The number of cases recorded has increased dramatically since 2005. Vermont has one of the highest rates of Lyme Disease in the U.S. In Windham County, 53% of the ticks tested were found to be carrying Borrelia Burgdorferi, the bacteria that causes Lyme Disease. Ticks in Windsor, Bennington, and Rutland counties have even higher rates of infection.

The most common sign that you have contracted Lyme Disease is the characteristic bull’s eye or oval red spot at the site of the tick bite, which occurs in 70-80 percent of cases. Other signs, which usually occur in the first couple weeks after a bite, may include muscle aches, joint pain, and headache. For most people in the earlier stages of the disease, antibiotics are effective in eliminating further complications.

If left untreated, the disease may progress. Some people have cardiac, neurologic, and arthritic symptoms. Treatment at this point generally prevents further problems, but lack of diagnosis can lead to chronic problems with muscles, joints, and nerves.

Public information and community experience have been largely successful in helping people become aware of the dangers from Lyme Disease. Less well-known is anaplasmosis, the second most common tickborne disease.

Anaplasmosis is curable, but it can be serious and sometimes fatal if not treated promptly, especially for older patients and people with other health problems. Thirty-six percent of Vermonters with anaplasmosis are hospitalized for their illness. Symptoms usually begin a week to three weeks after a bite. Like Lyme Disease, anaplasmosis can cause fever, chills, headaches, muscle aches, and flu-like symptoms. Unlike Lyme Disease, it does not often cause a rash (only about 9% of the time). Blood tests help healthcare providers to diagnose this disease.

Remember, only black-legged ticks, also known as deer ticks, carry these diseases. Female deer ticks, both adult and young (nymph), can transmit Lyme Disease and anaplasmosis, but the greater risk is from nymphs because they are so tiny – roughly the size of a poppy seed. They swell up to nearly ten times their original size while attached to you and consuming your blood, so they are more likely to be seen after feeding for a while. Adult ticks also transmit Lyme Disease and anaplasmosis, but they are more visible when they first attach, identifiable by the orangish spot on their backs. The longer they are attached, the more likely they are to transmit diseases.

The best defense to avoid a tickborne disease is a good offense. Ticks stage themselves on the end of leaves and grasses so they can hitch a ride on you when you brush up against them. When hiking in the woods, stay in the center of the trail. Wear long sleeves, and wear long pants and tuck them into your socks. Spray your skin or clothing with DEET, Picaridin, or oil of lemon-eucalyptus. Do not use DEET in concentrations greater than 30% and do not use DEET on children less than 2 years of age.

Be vigilant and if you find an attached tick, remove it promptly, using tweezers or a tick-removing device to grasp the tick as close to the skin as possible. Pull firmly without twisting. Do not squeeze or crush the tick, as its body may still contain infection-causing organisms. Make note of the tick’s appearance (size and color), site of bite, and estimated time of attachment. Then consult with your medical provider about taking antibiotics.